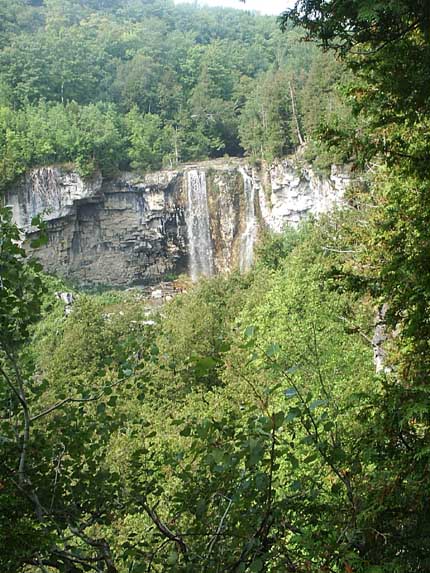 The following was sent in by one of our readers...

"This was a long time ago and it happened in a small town in Eugenia, actually Eugenia Falls. I was with my best friend Eliza and we were in the falls wandering around acting like kids (which we were). There was this low wall that kept people from falling over the edge of the falls, and a cliff, but when the water got shallow, the brick wall ended and you could get in behind the wall and cross the water by stepping on stones. The water level was a bit higher because it was just the beginning of Summer, and we weren't sure we wanted to cross or not.

While we were standing we felt darkness come down on us regardless of the fact that it was bright and sunny. All the birds or animals fell silent. I asked my friend if she felt the same thing I felt and she said "yes".

A few seconds after that we heard a cry for help by a young woman. Then something grabbed my ankle and tried to pull me towards the water, like it wanted to kill me. I said "Run", and we ran. We felt we were being chased by this thing and I believe I saw it, but I'm not positive.

As soon as we got to the highway, it was gone. Just like that. I was told that the cry for help was actually an Indian girl that had been thrown over the falls long ago, and the thing that grabbed my ankle was her murderer.

Now that I'm 15, I can still feel the hand on my ankle, like it left something there forever.

This young author experienced something that has been documented in several locations (the young woman thrown or falling into water and calling for help,) from the "maid of the mist" in Niagara across Ontario but this is a first hand report." 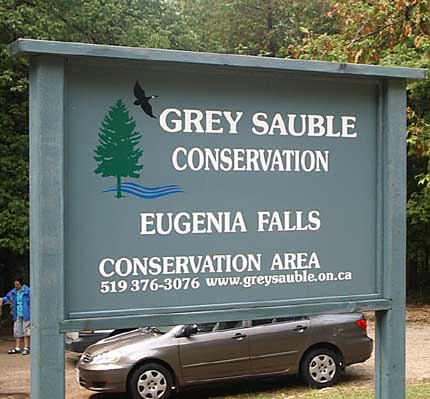 We would love to hear anything anybody wishes to add to this story or about any other tales like it in Eugenia.

Please contact us at This email address is being protected from spambots. You need JavaScript enabled to view it.

I (Sue St Clair) had the pleasure of visiting this breathtaking site in August 2011 and did question at least one local authority on the area who was unable to shed any further light on the haunting. While I personally did not experience anything out of the ordinary I must say it is a breathtaking location rich in history and definitely would visit again.