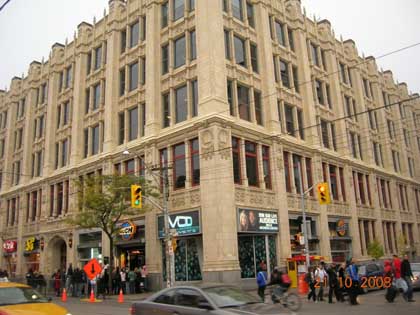 "The five-storey building was originally constructed as the headquarters of the Methodist Church of Canada in 1913 by Burke, Horwood and White. The Methodists joined with two other denominations to form the United Church of Canada in 1925. The building served as the United Church's headquarters until 1959. By this time the Ryerson Press, originally the publishing arm of the Methodist Church, had grown to occupy the entire building. The building was purchased by CHUM in 1985, and was re-opened in May 1987 as the new headquarters for the company and its various outlets."

A dark shadow has been seen in the sub basement of the building, an area normally not accessible to the public. 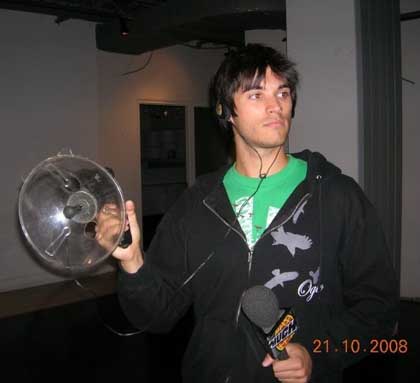 Much Music VeeJay Tim Deegan assisted Bonnie, and Penny throughout. We are currently reviewing our tapes, and photos and will update this report in the coming weeks with our findings.