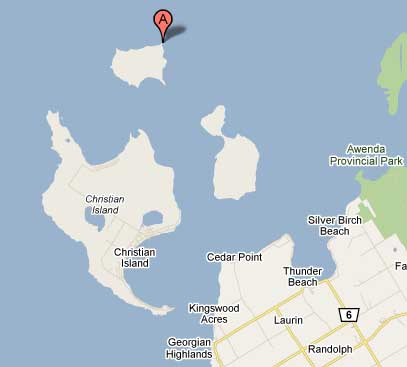 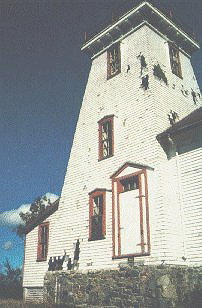 "I just read your story of ghosts on Hope Island  and wanted to share mine. My father was a lighthouse keeper at Hope many years ago and we would all enjoy summers on the island. When I married my husband and I went out for a visit, decided to go for a walk in the bush, and in my arrogance I thought I new my way completely, even though the path was quite overgrown.  Needless to say my overconfidence got us quite lost. We walked in circles for hours and when it got dark we stopped in a clearing and lit a fire. I fell asleep and when I woke up it was daylight so I told my husband we should go this way because im sure the shoreline is not far away and if we can get to shore I can find my way easily. He looked at me as if I was crazy and said  'no ,we have to go that way". He was  very insistent so I asked him why he was so sure. He said what do you mean ? That is the way those guys said to go . They said the shore is just the other side of those trees." I asked him what guys and he said "Those two old geezers we met on the path." Of course I argued with him since I had not seen another living soul but thought I would humour him . Within a minute we were on the shore


I might add my husband had never heard the story of the two men....I had forgotten it myself and this was his first visit. When we got back to the light station  and told them our story my Dad said it must have been the ghosts. We have no other explanation, but I never saw anyone . My husband insists to this day he saw them plainly and can describe them."