Brief report on the Gorilla Monsoon

PLEASE NOTE: This website is not related to or have any business relations with Gorilla Monsoon outside of our investigations of the reports of phenomena within the establishment. If you wish to contact them, please use their website, www.gorillamonsoon.ca

The Gorilla Monsoon is a pub located on Queen Street West near the corner of Spadina, right next to the historic music club the Horseshoe Tavern. Under new ownership in 2006, different Gorilla Monsoon staff members have reported apparitions, moving shadowy figures, feeling as if they were being touched, and unease. It is possible that such reports go back some years, and we are interested in any past or present experiences people may have had in this establishment. 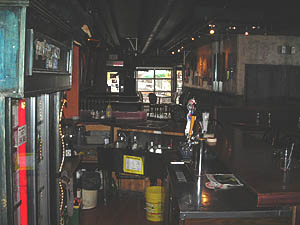 The previous owner of the pub asked the current owner (after she bought it) if she had met the "lady in the basement." Interestingly, two different employees have each reported having a close and rather unpleasant encounter with an apparition of a woman in the same part of the basement. There is a futon in an office area, and one employee, a cook, came to work so tired that he went downstairs to take a nap. He awoke to hear the sound of whispering, as if someone were gossiping. He sat up to hear it, and the voices became louder. A thin woman came around the corner, and started belligerently criticizing the employee. He told her, "You're just a stupid ghost!" to which she yelled, "Don't call me that!" and moved past him, disappearing into the wall. The experience shook the employee up so badly, that he quit that very day.

Another employee had a similar experience a few months later, waking from his nap to find a woman standing over him. He was startled and kicked his legs at the figure, but there was nothing solid there. She then disappeared. The same employee at another time had experienced feeling someone pulling his shirt and then pinching his skin when he was upstairs in the pub; this incident also occurred as he was waking from a nap. 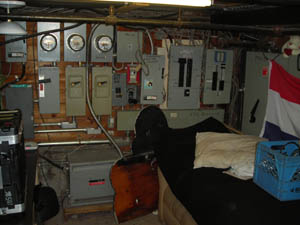 Another former employee had described to the owner seeing "dancing shadows" in the basement, and the owner herself witnessed a "man-sized shadow with a cape" once when she went downstairs. She said she had a heavy feeling on her shoulders and around her face accompany that sighting.

We conducted a few investigations of the pub and its basement in July and August 2007. One of the investigators recorded a variety of anomalous sounds on a digital recorder, most notably calling sounds that could sound like a person with a high voice or an animal. Subsequent investigations have turned up no further anomalous sounds.

It is worth nothing that the basement of the Gorilla Monsoon, where many reports have been made, is cavernous, with several rooms. Dust, mould, and subtle air currents certainly lend themselves to strange physical sensations. This does not explain the experiences, but could factor in to why people get a sense of unease or ill feelings while in the basement. 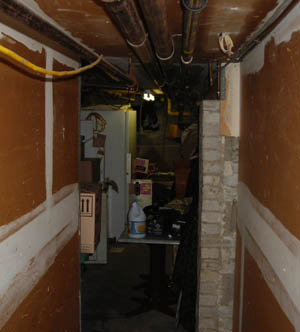 Recorded Sounds: These are raw notes on the sounds recorded at the establishment... the notes attached to them are from our investigator...

#1: (Click Here) Animal Noises- when Chris (an investigator) got up to turn off the lights Bonnie (another investigator) and myself were sitting in that vigil room and I thought you turned a pump off (you hear me say 'he turned the pump off') then it sounds like a cat or something (no animals were with us), I think Bonnie says something that I can't make out and finally a dog sounding noise- weird is all I have to say about that one.

#2: (Click Here) Chris and Dave are looking for that light switch in the room beside the vigil room and Bonnie is alone in the room (where the recorder is) when this strange sound happens about 6 - 7 seconds into the clip

#3: (Click Here) After Bonnie introduces herself- she says, "I'm Bonnie" and there's a strange whisper type sound, not sure if it's anything...

#4: (Click Here) As Chris says 'I think we should leave for today' there's a sound that sounds almost automated if that makes any sense.... to me it sounds like a "don't".

#5: (Click Here) I ask a question, Bonnie says no and then some high pitch sounding 'no' is heard, I think. 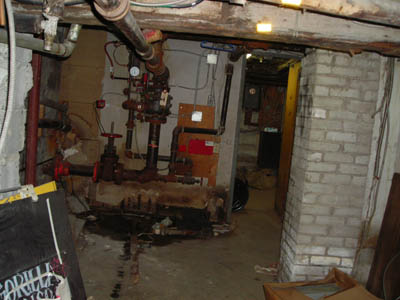 This is an ongoing investigation and the information above is just a start. If you have information you can add or if you have had similar experiences please do contact us at This email address is being protected from spambots. You need JavaScript enabled to view it.